Everyone knows that Billie’s ‘Happier Than Ever’ album is right around the corner. It drops on July 30. The songs she has released so far - “NDA,” “Lost Cause” and “Your Power” - sketch out part of its story, but while shooting her Official Live Performances, she also offered to describe a bit of the context around the record’s creation. Our candid interview finds her referencing classic vocalists Julie London, Frank Sinatra, and Peggy Lee as influences on what she hopes becomes “a timeless record” that is both versatile yet cohesive. “I want to make things seem like the same project, but not like the same song over and over again.” ‘Happier Than Ever’ is chock with self-reflection as well. Billie says that the self-doubt that marked her earlier work has disappeared, and a “new confidence” has take over. You can hear it in the music and her lyrics. There’s lots more to be learned from her chat. Jump in now. 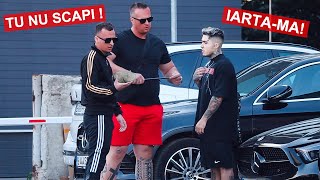 Producer Reacts to Billie Eilish - Happier Than Ever