Billie Eilish's trademark whisper has gained more and more emotional power in the last four years. The secret-sharing sense of intimacy contained in the pop phenom's voice brims with the kind of textural qualities that pull fans deep into the story she's telling in any given song. Sometimes dreamy, sometimes fierce, always fetching. The three songs Billie's shared from her upcoming 'Happier Than Ever' album have all used her signature sound to great advantage, and our Official Live Performance of "Your Power" is a great example. Flanked by her brother Finneas on acoustic guitar, she blends that rich coo into an eloquent indictment of those who "take advantage" of others. The visual setting, designed after brainstorming creative sessions between the singer and our production team, is simple but rich in texture, too - just like Billie's voice. Spend some time absorbing how the siblings compliment each other on "Your Power," and hang close: there are more exclusive performances on their way.

Watch the rest of Billie Eilish's Official Live Performances: bit.ly/3rPGs45
Listen to the new album, “Happier Than Ever”, out now: BillieEilish.lnk.to/HappierTh... 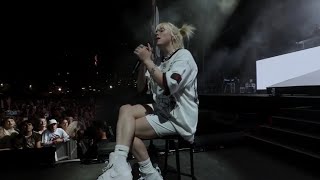 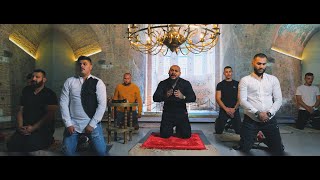 MOST emotional BILLIE EILISH Blind Auditions in The Voice 2020